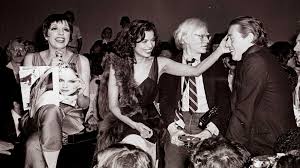 Over a decade ago, I saw the re-done Studio 54 as it became the Kit Kat Klub for a revival of the John Kander and Fred Ebb 1966 musical, “Cabaret.” Rob Marshall was the co-director/choreographer and Alan Cumming was the emcee to Jennifer Jason Leigh (replacing Natasha Richardson) as Sally Bowles. One of the changes made from the original production was the “Two Ladies” cabaret performance used two men and a woman. That’s a fitting switch because according to director Matt Tyrnauer (“Valentino: The Last Emperor” and “Scotty and the Secret History of Hollywood”), the famous Studio 54 was fueled by gay camp, gay showmanship and drug-enhanced or encumbered sex. Before PC and gay pride and even the acronym LGBT, it was “a haven for inclusion.”

Studio 54 was located on 54th Street, between Eighth Avenue and Broadway. The building had been a CBS radio and TV studio (Studio 52) and when partners Steve Rubell (1943-1989) and Ian Schrager opened the discotheque, they kept some parts of the studio sets and added more theatrical lighting. Rubell and Schrager met in at Syracuse University where Rubell got an degree in finance. Schrager had a law degree (from St. John’s University of Law). Those two things build irony into the eventual demise of the legendary nightclub, but I digress.  Through the fraternity Sigma Alpha Mu, Schrager met Rubell. Both were from Jewish families. Schrager was straight and Rubell was gay.

In the cold of January 1977, Schrager and Rubell leased the former studio, took six weeks to transform it and then opened Studio 54. They had already opened the disco Enchanted Garden in Queens and earlier an disco in Boston. Rubell was the upfront guy who would at times be selecting who go in and who stayed out in the bitter cold of rejection. Schrager was the man behind the scenes. For 33 months, they were the kings of cool, bringing the gay subculture out into the open in a safe, pulsating hedonistic environment that gained international notoriety and was a regular spot for Mick and Bianca Jagger, Andy Warhol. Liza Minnelli and even Michael Jackson. The basement and sometimes the balcony were spaces where sexual appetites were whetted and appeased. The dance floor was where celebrities got sweaty dancing and some people became celebrities in their own right by adopting flamboyant personalities–a Wall Street banker turns into a drag queen and an older woman whose costume has to be seen rather than described. They proved that anyone could become someone, up there in the celebrity stratosphere with Liz Taylor and Liza Minnelli.

Tyrnauer interweaves amateur footage and photos with interviews of the survivors (including the bouncer). What’s missing is the front man, Rubell, who died of complications of AIDS. Schrager and Rubell were brought down like Al Capone, on tax evasion. They were skimming off the top and they had failed to get a liquor license (instead using a caterers permit and re-applying over and over again). Boasting that “only the Mafia does better” is what brought them to the attention of the feds. The two partners spent time in jail, but bounced back to change the hotel business.

Of course, Rubell would have certainly added a more in-depth perspective and certainly liven-up this documentary. Too late for that. Instead, of the center of the storm, we have the person who stayed more safely at the edges. Schrager sums up Studio 54 as “It was fun holding on to a lightning bolt.” At least Studio 54 went out with a bang instead of a whimper.